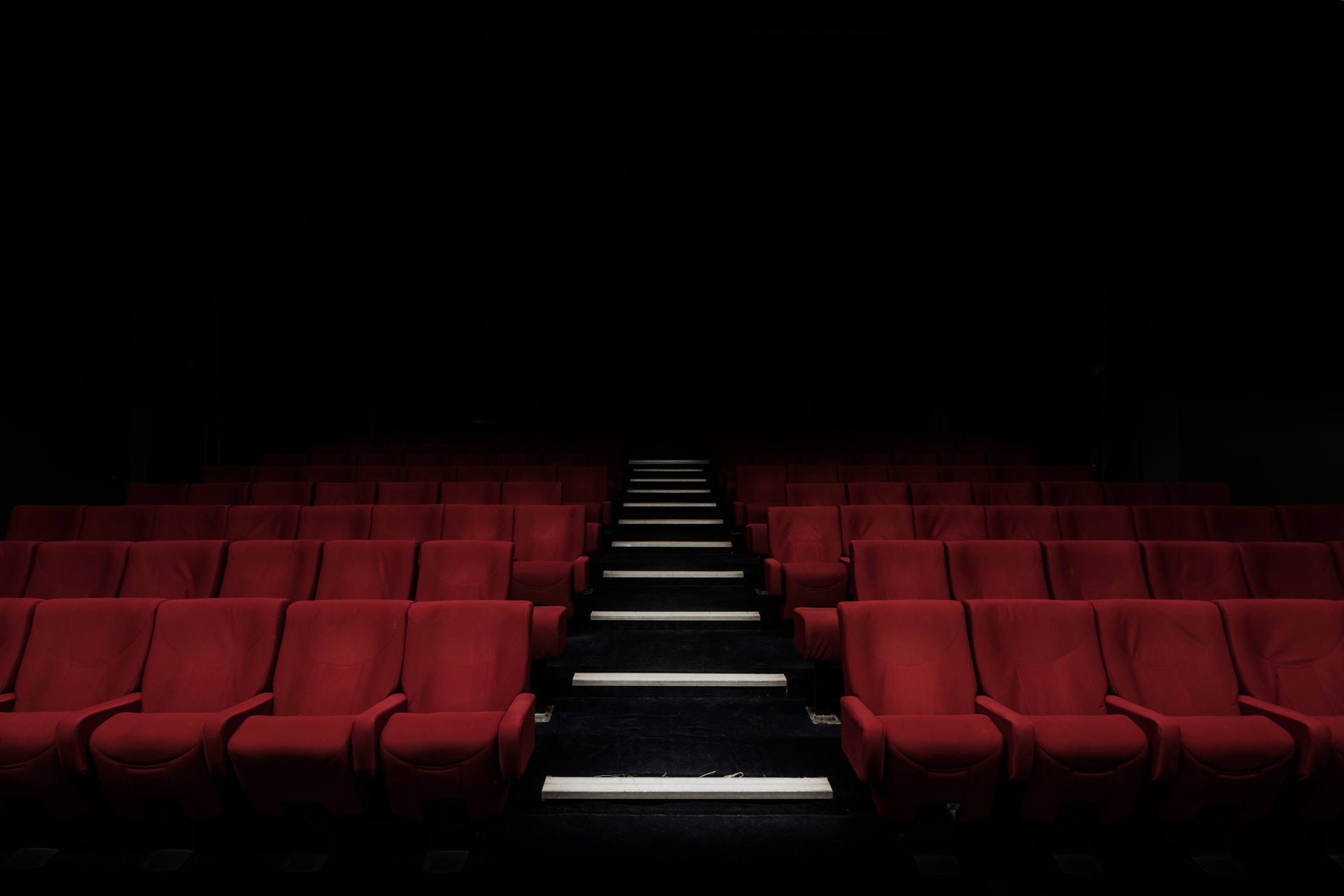 The following article is a review of the illusions, realities, and influencial formative programmes, beyond the famous Cannes red carpet. The 2004 Cannes film festival had as much politics as it did when the festival was created in 1939. Film is never what you think, even less when the president of the United States is a character in the charade that will conclude next week.

(published with kind permission from the author)

Almost every written introduction to the film festival in Cannes will be redundant for anyone familiar with the world of cinema. Why? “Cannes is the man,” we imagine Tarantino pointedly paraphrasing David Carradine in Kill Bill, Vol.2. More dialogue, more explanation is unnecessary; Cannes rules cinema. Period. A similar preference for the action-image is transforming film criticism. Directed by editorial preponderance journalists move away from explicatory and evaluative film reviews in favour of reports on the media event itself. Atmosphere sketches, stars and Kodak moments rule not only television, but all media. It turns the arrival of virgin festival visitors in Cannes into a déjà vu. You recognize the Croisette lined with palm trees instantly as the artery of the festival and seamlessly blend in with the crowd moving between the Carlton, Majestic and unsurpassed media icon of the Palais du Cinéma. You look at the shimmering bay and know that speedboats navigate between the luxurious yachts to bring the major stars from Hotel du Gap to the festival premises without exposure to the mingling masses on the Croisette. You distinguish the companies at beach pavilions, hotel suites, rented apartments and anchored boats, and realize you have to work your way in to confirm your membership of the film industry. Likewise, it is obligatory for a first-time visitor to acquire one of the shiny silvery tickets that will grant you access to a competition screening in the Lumière Theatre of the festival palace and – more importantly – allow you to participate in the red carpet ritual. Mounting the festival stairs in the prescribed black tie or evening dress is the quintessential mediatized festival moment. Images are continuously captured on cameras and projected on huge screens both inside and outside the Palais, where people line up to catch a glimpse of the privileged ones (preferably famous) on the carpet. In addition there is the luring promise that your picture may be chosen and transmitted to a global audience susceptible and eager to consume the myth of glitter and glamour. Alternatively you can secure a personalized Kodak moment by using the services of the commercial photographers that, also dressed in black tie, re-enact the ritual and give you a star treatment. Beyond the redundancy of the familiar festival imagery, however, lies a labyrinth that needs to be mastered before the unlimited possibilities become available to the individual. Precisely because Cannes rules cinema and everybody who is anybody in the film business will travel to that small city on the Riviera in May it is no small endeavour to move beyond the introduction, beyond beginners’ level and become a player of substance.

The Maurits Binger Institute travels each year to Cannes to introduce an international group of Binger participants to the festival. The introduction starts off with a guided tour of the festival, during which the key locations are visited and some of the more important regulations, facilities and practices are brought to notice. In the following days the Binger people are given a head start in the film (festival) business through a series of carefully selected masterclasses. The topics of the meetings range from general marketing, production, and legal matters to the ins and outs of various key institutions and corporations. It is unquestionably thanks to the network and the skills of the Binger staff that so many experienced professionals are found willing to take place in the master chair in the Binger Headquarters and a rich and interesting programme is offered. Upgraded with the recently acquired knowledge the Binger people enter the labyrinth. Their quest is to pass through the Marché du Film in the Riviera Hall, the various national pavilions, the hotels and apartments, the receptions and parties with the aim to locate those persons that may be central to the development of their projects. They are supported by The Guide, which is published by the Marché and contains all necessary information, most importantly the contact details of attending companies and participants. Beyond words and mythic imagery the Binger people experience the potency of the present film industry and the persistency and persuasion required of them to play the festival to their advantage. Cannes truly is the man. In the international film festival circuit Cannes occupies an undisputed leading position. Besides the attention for and evaluation of the creative achievements the festival is foremost concerned with cinema as economic product: the competition contributes to the positioning of films in the market; the festival platform and global media attention are used to optimize the release of Hollywood mega-productions; the high number of market premiers is important to continue to attract buyers to Cannes. The festival facilitates the encounter between various economic partners. It has the important benefit of a historically invested ambiance that is lacking at film markets such as the AFM and MIFED. Cannes offers the ultimate network opportunity with hierarchical relations and segregating practices to match its status.

The festival in Cannes, however, does not only bear the features of Tarantino’s Bill. It also resembles the Bride. The initiative to found a festival in Cannes in 1939 was a vengeful act of the French, Americans and Brits to counter the Fascist hegemony over the Mostra in Venice, the only international film festival at the time. Due to the outbreak of World War II the execution of revenge was kept comatose until the allied victory allowed the festival to re-emerge in 1946. Cannes was an instant success. In present tense political attitudes continue to influence events and decisions during the festival. It is for example clear that the Festival de Cannes is regarded as a highly prestigious cultural event by the French government that must be protected from disruption by dissonant forces against all costs. Since the successful 1968 upheaval (resulting among others in the foundation of the Quinzaine des Réalisateurs) strikers realize that protests in Cannes are a guarantee for both media and government attention. So when disgruntled groups of employees with a temporary contract in the cultural sector threaten to undermine the 2004 festival in response to economy measures, negotiations are opened. The intermittents are allowed some exposure, but when they prepare for an occupation of the Palais du Cinéma France draws the line and sends in troops to lock the festival’s central icon, which was coincidentally or not already given the nickname ‘bunker’ because of its uninviting architecture. On another level politics pervade the acclaimed competition. The Germans and Austrians quarrel over the ownership of The Educators (Die Fetten Jahren Sind Vorbei) by Hans Weingartner, born in Austria, but residing in Germany. The stakes appear to be high as it is the first German-language film in the Cannes competition since eleven years. A joyful fact indeed, but more likely to the merit of the film’s French sales company Celluloid Dreams than either German or Austrian interference. The most obvious display of political vengeance, however, can be found in the Michael Moore saga. His Fahrenheit 9/11 seeks to undermine the legitimacy of Bush and the War in Iraq. Despite of his repeated denial the agit-prop documentary is clearly aimed to influence the upcoming elections. With Disney preventing subsidiary Miramax from distributing the film in the USA the competition entry is a knotty affair beckoning a political stance. Allotting Moore the Palm d’Or should be seen as a political sign; it reflects the priority of the jury and its American president to make a statement. It is an action captured in the most powerful media images in which we see Tarantino presenting Moore the Golden Palm that renders it unnecessary for Tarantino to speak the message aloud: “Bush is not the man.”

* Marijke de Valck is Assistant Proffesor and Ph. D Student at the Film Studies Department of the Universiteit van Amsterdam. 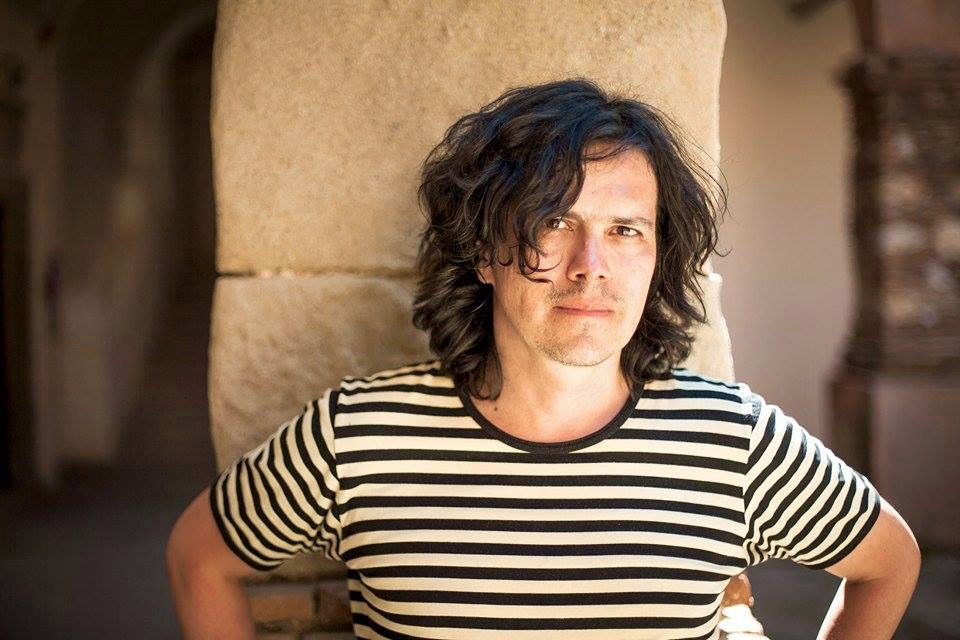 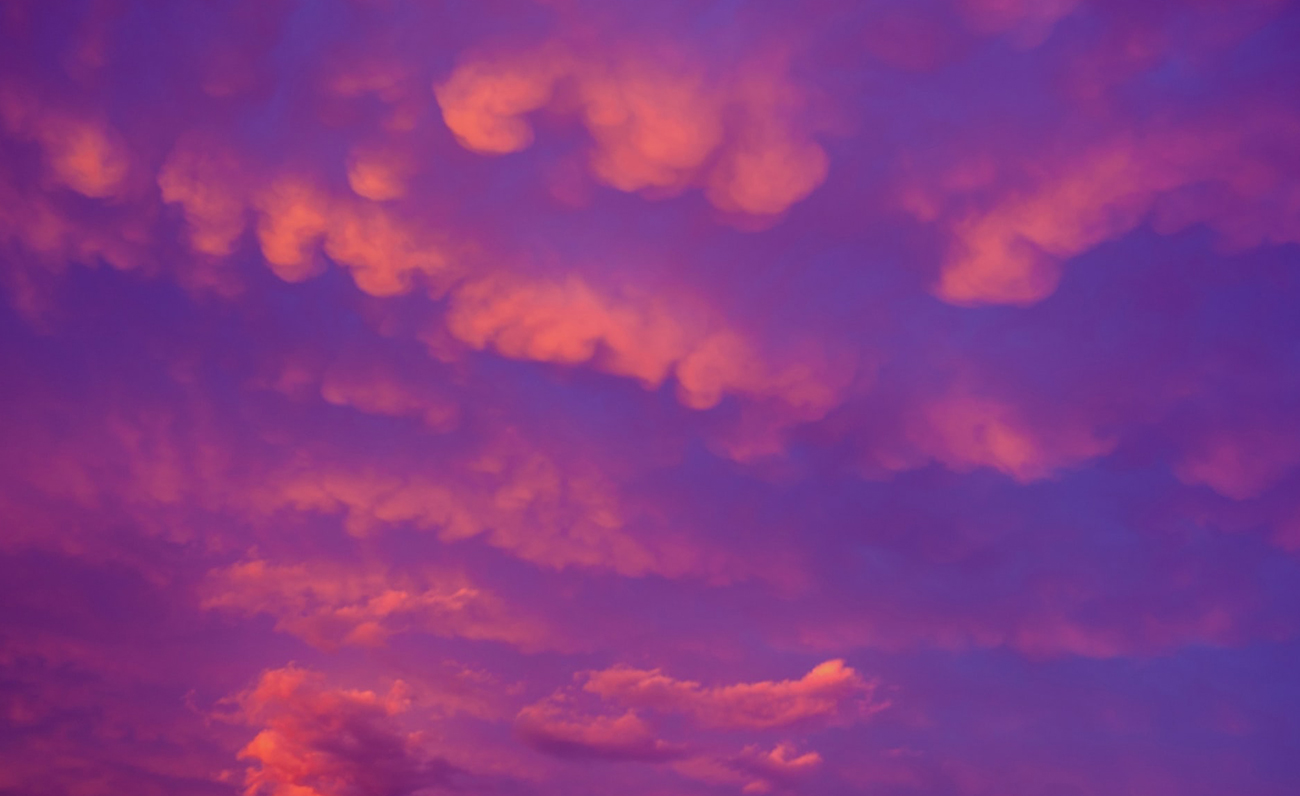 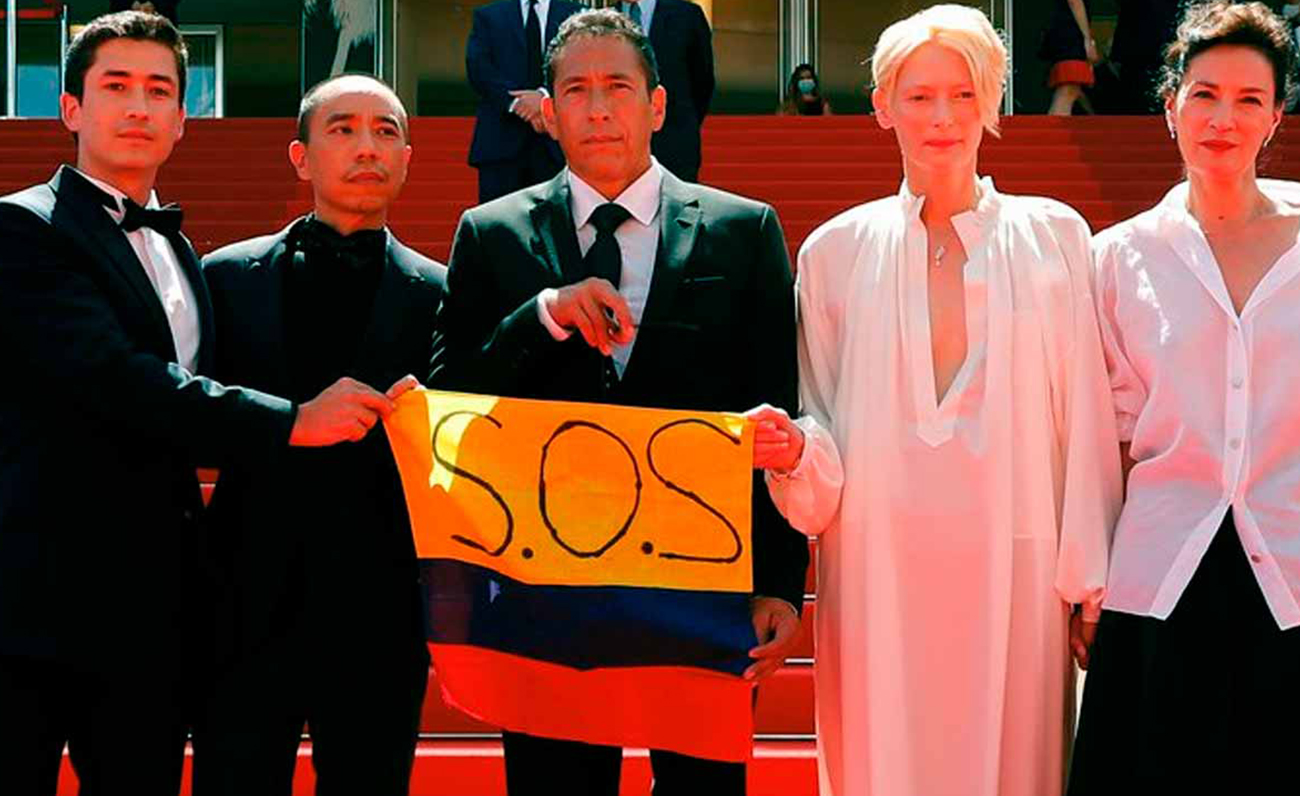 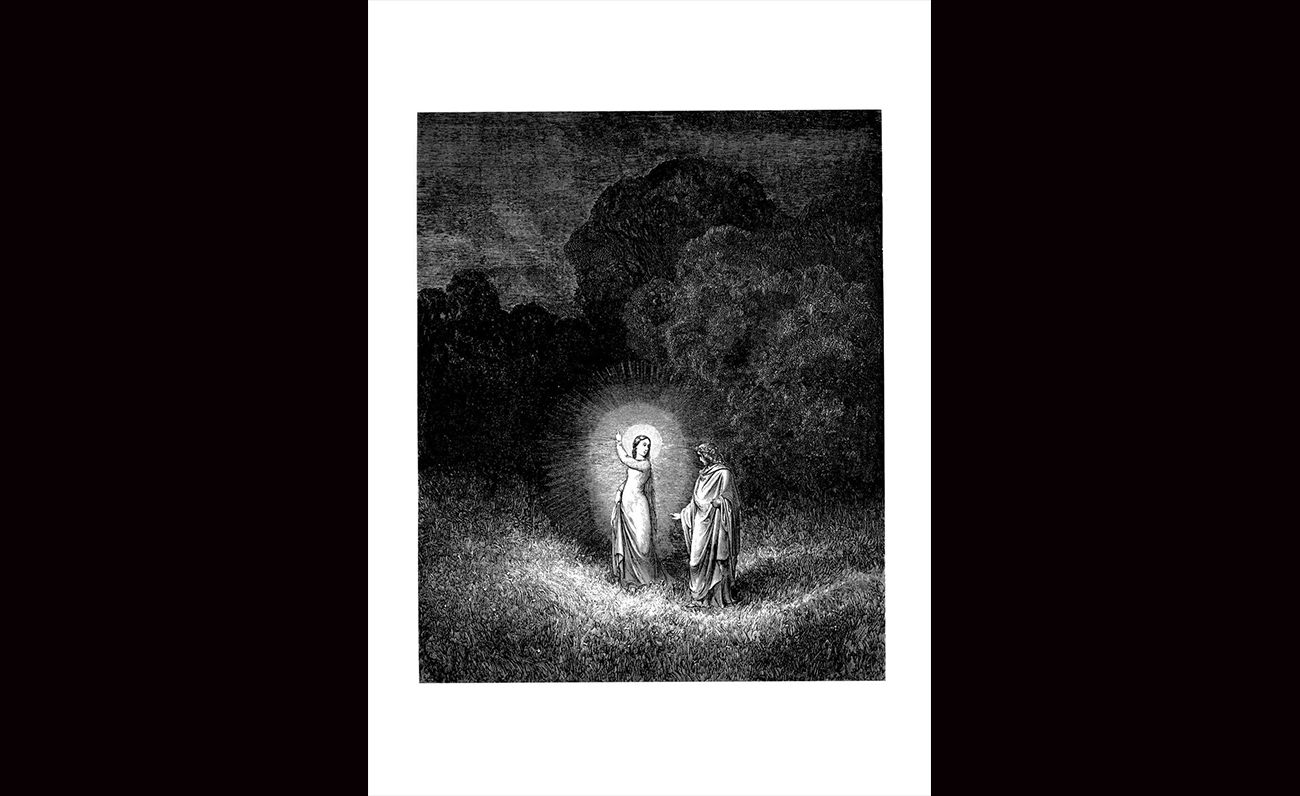